Clerk to the Governors – Karen Willis.

Governors who have left in the past 12 months:Mary Evans

You can contact any Governor or the clerk by sending a letter c/o St James’ CofE Primary School, or send an email to admin@stjames-ceap-harlow.essex.sch.uk

The ultimate responsibility for the school lies with the Board of the Trust. The Local Governing Board (LGB) is delegated most of the responsibility through its Scheme of Delegation.
St james harlow scheme of delegation

Our core responsibilities are:

· Holding the executive leaders to account for the educational performance of the organisation and its pupils, and the performance management of staff;

· Overseeing the financial performance of the organisation and making sure its money is well spent.

· Strengthening and developing the Christian character of the school.

Full LGB meetings are held twice termly but governors also visit  the school to carry out their assigned roles and to join with it in celebrating success.

A former primary headteacher  and SIAMS  (Church School) Inspector, Ann has also worked as Diocesan Schools Advisor. She brings a wealth of experience in school improvement to the Board.

I joined the Governing Body in November 2017 having recently retired as Headteacher of a Primary Church of England Primary School of similar size and nature to St.James’.

Although retired I still would like to be involved in education and feel I have important skills to offer.

Prior to being appointed Headteacher I worked for twenty years as a class teacher in Primary education and then took up an appointment as an education adviser to schools in Essex particularly in and around Harlow. Within this role I worked in schools supporting them to develop their practice in literacy and in developing leadership and management.

Fr Garry has lived in Harlow for more than 40 years and has taught in schools, colleges and higher education, including the old Netteswell School, and at Harlow College, where he was Chaplain and Assistant Principal. He is presently the Church of England’s National Policy Adviser  for Further and Higher Education, based in Westminster, and has a special interest in the work of chaplains in education and in pastoral care and student support. He is one of the staff at our near neighbours, St Mary Magdalene, Harlow Common, just down the road in Potter Street and has been involved in training teachers, school leaders and governors for many years.

Now retired from full time work but certainly not idle as, apart from my governor role at St. James’, I am also a trustee and Treasurer of Age Concern, Bishop Stortford

Leisure: In my free time I am a season ticket holder at West Ham United and a member of Essex CCC. I also play short mat indoor bowls and table tennis weekly. I had planned to play golf regularly when I first retired but there doesn’t seem so much time now. However, I have managed to play at Manor of Groves, High Wych and at Elsenham and I am sometimes found at the North Weald driving range.

The School: I don’t have any teaching experience and things have changed considerably since my children were at school. However, I hope I bring a different perspective to school governance and can still offer practical help with our legal responsibilities, administrative and financial functions and support of our Christian ethos. 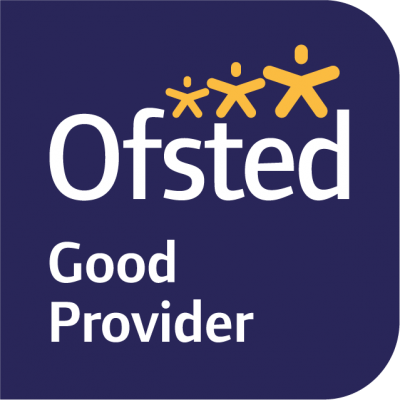 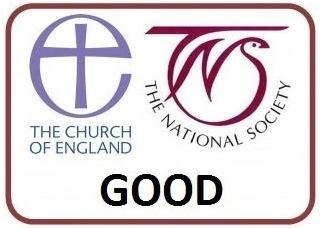 This is a notification that can be used for cookie consent or other important news ;)

We may request cookies to be set on your device. We use cookies to let us know when you visit our websites, how you interact with us, to enrich your user experience, and to customize your relationship with our website.

Click on the different category headings to find out more. You can also change some of your preferences. Note that blocking some types of cookies may impact your experience on our websites and the services we are able to offer.

These cookies are strictly necessary to provide you with services available through our website and to use some of its features.

Because these cookies are strictly necessary to deliver the website, refuseing them will have impact how our site functions. You always can block or delete cookies by changing your browser settings and force blocking all cookies on this website. But this will always prompt you to accept/refuse cookies when revisiting our site.

We fully respect if you want to refuse cookies but to avoid asking you again and again kindly allow us to store a cookie for that. You are free to opt out any time or opt in for other cookies to get a better experience. If you refuse cookies we will remove all set cookies in our domain.

We provide you with a list of stored cookies on your computer in our domain so you can check what we stored. Due to security reasons we are not able to show or modify cookies from other domains. You can check these in your browser security settings.

We also use different external services like Google Webfonts, Google Maps, and external Video providers. Since these providers may collect personal data like your IP address we allow you to block them here. Please be aware that this might heavily reduce the functionality and appearance of our site. Changes will take effect once you reload the page.